When it comes to rice cookers, makes from Asian manufacturers are superior, considering their main function is to unsurprisingly cook rice. They’re far different from the design of multi-cookers such as the much-talked about Instant Pot. In this Cuckoo CRP-P0609S review, we’re checking to see if the Korean-made unit has nailed the algorithm of cooking rice, and possibly more.

For perfectly cooked rice every time, the Cuckoo Electric Heating Pressure Rice Cooker CRP-P0609S could be just what you need. With a Heating Plate (HP) programmed to make anything between porridge and crispy rice, this kitchen appliance helps you make all types of rice grains, with the help of Voice Navigation (English, Chinese, Korean). It even reduces the soak and cook time of grains like GABA rice.

If rice isn’t a staple in your diet, this Cuckoo model is capable of making more than rice-based meals. By selecting the Multi Cook button, you could make dishes like chicken soup and bake a variety of breads.

In case you’ve got little ones roaming around the kitchen, the product has 14 safety measures in place. With mechanisms such as the lock checking device, pressure control device, reed switch, secondary pressure release and thermal fuse, you and your loved ones will be kept safe as you operate the rice cooker.

Here are the 10 built-in Smart Programs included in the Cuckoo CRP-P0609S:

There’s no more question about how this rice cooker can seem to do it all, which is why we named it as the best multi-functional rice cooker in our Best Cuckoo Rice Cookers guide.

The CRP-P0609S has plenty going for it, but the question remains whether its features are more impressive compared to its competitors.

Let’s take a look at the perks of this particular model.

Activated with Voice Navigation, the rice cooker offers audio instructions in English, Chinese and Korean to help you and your non-native English speaking family members operate the unit.

Cuckoo is known for manufacturing easy-to-use rice cookers with this advanced feature. Many of their products, including the latest CRP-GHSR1009 model, also have the voice navigation technology.

Fancy rice cookers tend to have the lid attached to the main unit, but not this one. With the detachable dishwasher-safe cover, the CRP-P0609S is much easier to clean, which brings us to the next outstanding feature of the product.

If you are too lazy to take the lid and inner pot out to manually clean, then all you need to do is press the Auto Clean button and let the unit do the work for you. With one click, the CRP-P0609S releases a strong jet stream to not only clean, but also sanitize the interior. The steam vents will then help dry the inside of the rice cooker.

Do you have a tendency of cooking your rice with too much water? That’s a thing of the past with this Cuckoo model, as it collects any excess water vapor to prevent overcooking, odor and bacterial growth. So what you end up with is fluffy, non-mushy rice that remains tasty and fresh for much longer.

To seal in all the yummy goodness of your rice and other food, the CRP-P0609S has double the rubber packing in the inner pot to prevent steam leakage. When you finally lift the cover, the steam walls guide the vapor in an S-line path for a quieter and safer release.

Pros and Cons of the Cuckoo CRP-P0609S

A seemingly flawless product such as the CRP-P0609S  is unfortunately never without its shortcomings. Although there are tons of safety features in place, some users complain of the sudden opening of the cover when unlocked.

All in all, most users have positive experiences, with many saying that this best suited for Asian families, or households that consume rice on a daily basis.

Many of Cuckoo’s products are known for producing excellent quality of rice. If you’re looking to explore other options, check out the other Cuckoo rice cooker reviews. 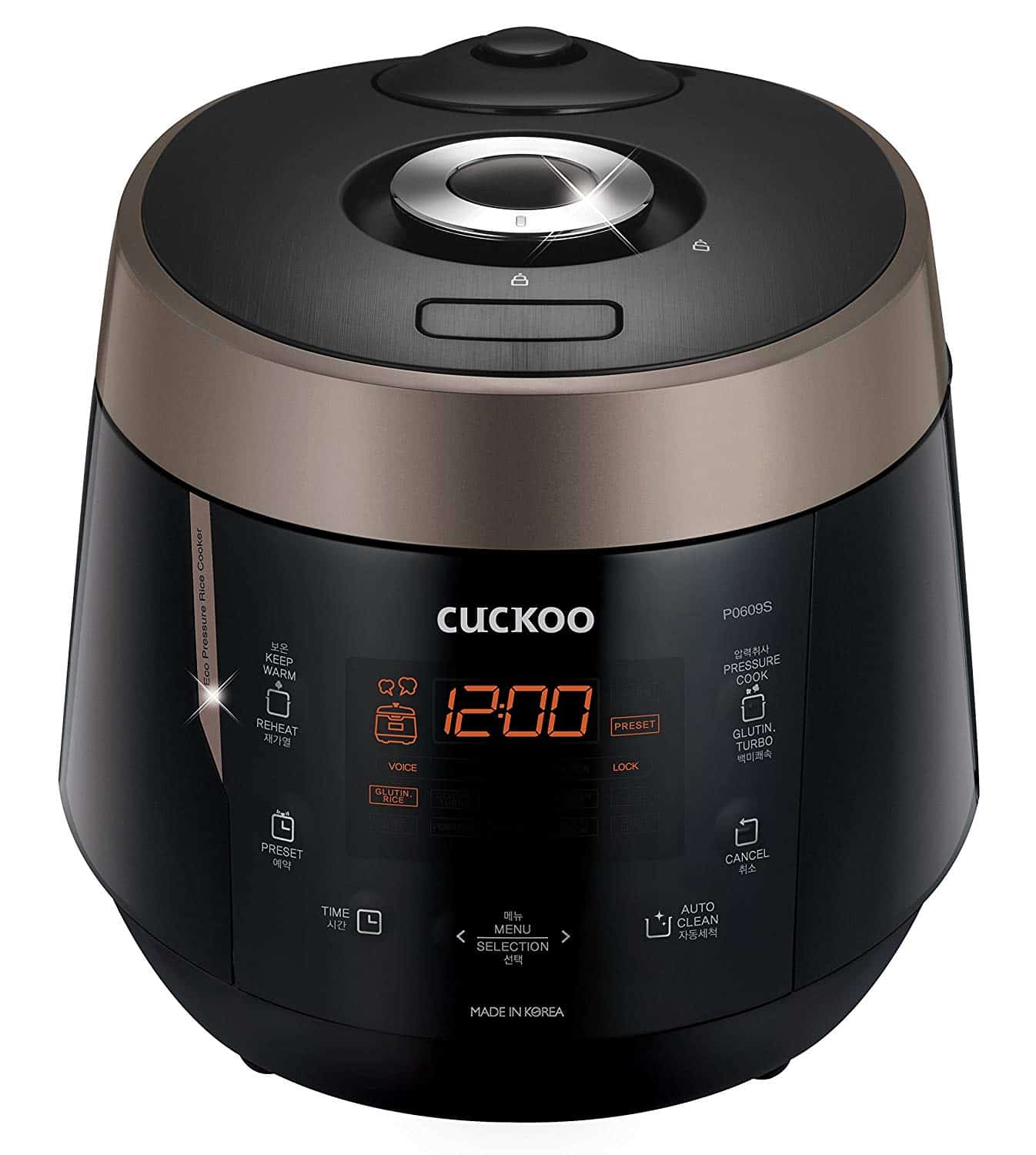 The CRP-P0609S is very well received by its users. It has also nabbed a spot in the Best Sellers Rank, taking the #37 spot in the Rice Cookers category. Check out the product page to find the best deals on the item. Because of its price, it’s eligible for free shipping. Free Amazon tech support is also included.

Considering all the functions and safety measures in place to ensure high quality user-friendly cooking, the CRP-P0609S scores perfectly in the last two categories. While the price isn't completely out there for the amount of perks and programs it offers, it probably won't appeal to budget shoppers. But what we can tell you is that it will be worth every penny you spend if rice is part of your staple diet.

What is a Multi-Cooker?