Time and time again, Japanese brand Zojirushi has offered us a rice cooker that can do it all — cook a variety of different types of rice plus several high-tech features to make the cooking cycle easier and more exciting.

The only catch was that most of their rice cookers were big and bulky to accommodate all the features. But not anymore. Now, there are Zojirushi 3-cup rice cooker models, and the brand also presents the Zojirushi NS-TSC10 Micom Rice Cooker, its smallest yet equally innovative kitchen appliance. Measuring only 10.10 x 8.50 x 14.00 inches in size, the Zojirushi NS-TSC10 Micom Rice Cooker is the brand’s smallest one yet. But that doesn’t mean it falls short of the amazing and high-tech features that the manufacturer is known for, which is why we named it as the best small Zojirushi rice cooker in the market!

Small but powerful — that is the Zojirushi’s promise with its NS-TSC10 model. Let’s take a look at the features the Zojirushi Micom 10-cup rice cooker & warmer has to offer.

Japanese brand Zojirushi is highly known for creating high-tech rice cookers with micro computerized fuzzy logic technology. This is evident from this model and similar ones, the Zojirushi NS-LGC05XB, Zojirushi NL-AAC10, Zojirushi NS-LAC05, and Zojirushi NS-LGC05. This allows the cooker to learn how you cook your rice. It then masters the cooking process and adapts to it, automatically adjusting its temperature and time in order to yield perfectly cooked rice.

The Zojirushi 5.5-cup rice cooker & warmer NS-TSC10 may be tiny, but its size is big enough to house 9 different menu settings. With a simple navigation of fool-proof buttons, you can choose between white/ sushi, mixed, porridge, sweet, brown, steam, quick cooking, and cake.

And yes, you read that last one right. This small rice cooker can cook cake of all sorts — whether sponge cake or cheese cake, perfect for your after-meal dessert. The NS-TSC10 also comes with a steam basket where you can place your veggies, fish, and meat and cook them simultaneously with your rice.

In an effort to make the cooking cycle fuss-free, the Zojirushi NS-TSC10 Micom Rice Cooker is equipped with Automatic Keep Warm, Extended Keep Warm, and Reheat functions that will enable you to keep your rice at optimal serving temperature at all times.

It also has a delay timer that you can set whenever you’re in a hurry. Just input the time you want your rice to cook, and the fuzzy logic technology will start the cooking cycle for you. These features are also available in other counterpart models, such as the NS-WAC10.

Pros and Cons of the Zojirushi Rice Cooker NS-TSC10

For those who want a small and compact cooker that has all the functions of a regular-sized model, the NS-TSC10 is definitely ideal. It’s equipped with all the features you need to cook perfect rice for your daily meals, while being small enough to be a seamless addition to your counter top. If you’re looking for an alternative, the NS-LGC05 model may be fit for you.

“You might pay more than $150 for this Zojirushi MICOM rice cooker & warmer NS-TSC10/18, but you get a 5.5-cup rice cooker that could last for a good number of years while making really tasty rice. White and brown rice is cooked moist and fluffy, better than an inexpensive rice cooker can ever dream of cooking it. It takes longer to cook rice than your usual inexpensive electric rice cooker, but good taste needs time.”

Where to Buy the Zojirushi NS-TSC10 Micom Rice Cooker 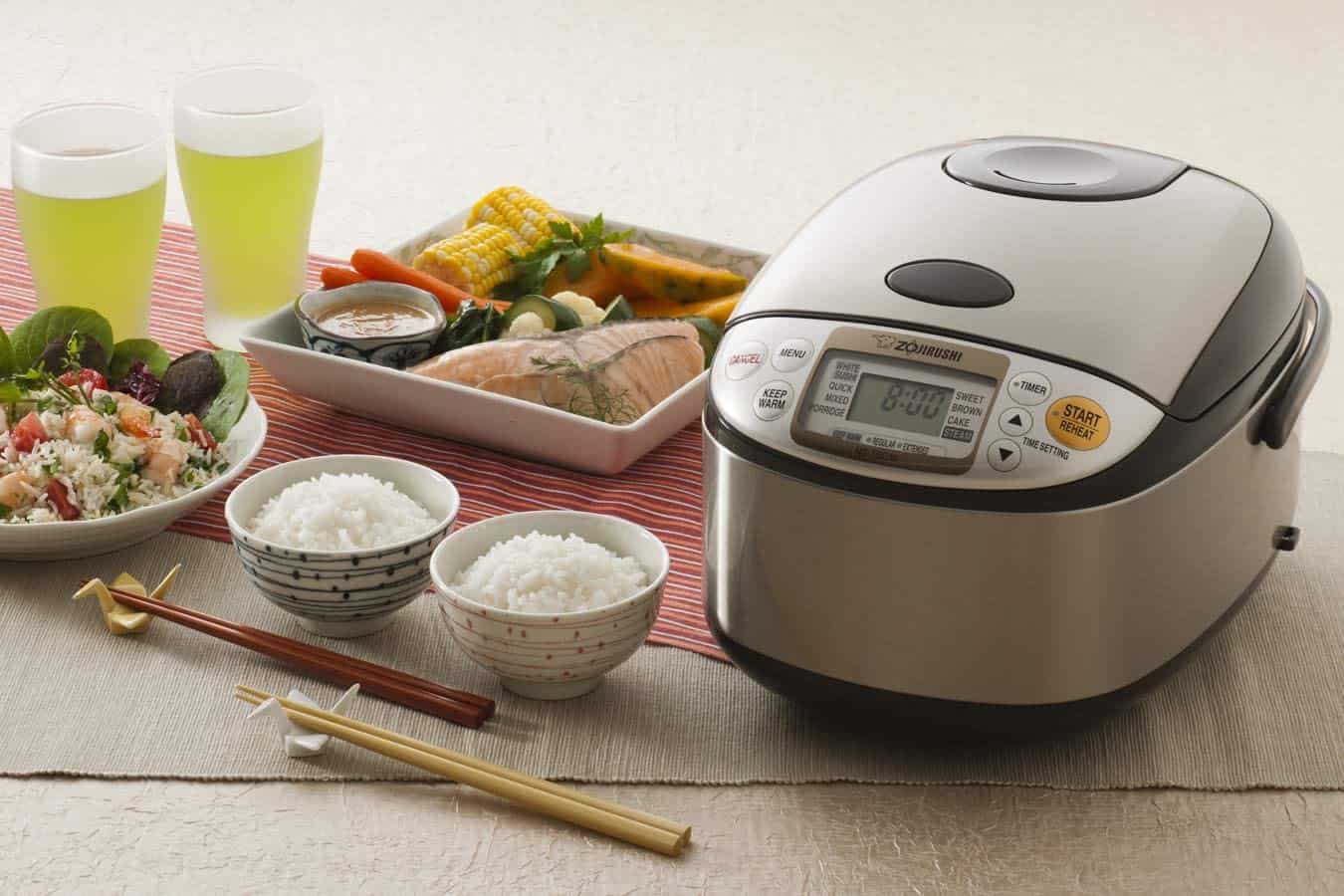 The Zojirushi NS-TSC10 Micom Rice Cooker is a favorite, and why wouldn’t it be! For a small cooker, it has all the innovative functions that can help make the cooking process much easier and more enjoyable. In fact, this Micom Rice Cooker holds a top spot at #13 in Amazon’s Rice Cooker category. Check the best prices on Amazon today.

If you’re looking for other alternatives, the Zojirushi NS-LGC05XB, which is a Zojirushi Micom 3-cup rice cooker & warmer, may be a good option to consider. Other rice cookers from the brand you should take a look at include:

The Zojirushi NS-TSC10 may seem a little expensive for its size. But with that price comes all the best features Zojirushi has to offer. It can do what all other big and bulky rice cookers can do — and more.