Rice cooker brand Cuckoo aims to simplify life in the kitchen with its lineup of products that offer multi-cooking functionality, user-friendly operation, and easy clean-up. After all, making meals and eating should always be enjoyable and shouldn’t be the most stressful thing one has to do!

Included in Cuckoo’s lineup of rice cookers that make mealtimes hassle-free is the Cuckoo CRP-FA0610F Rice Cooker. An introductory pressure cooker, this device has a host of abilities that makes it stand out from its competitors. Take a look! 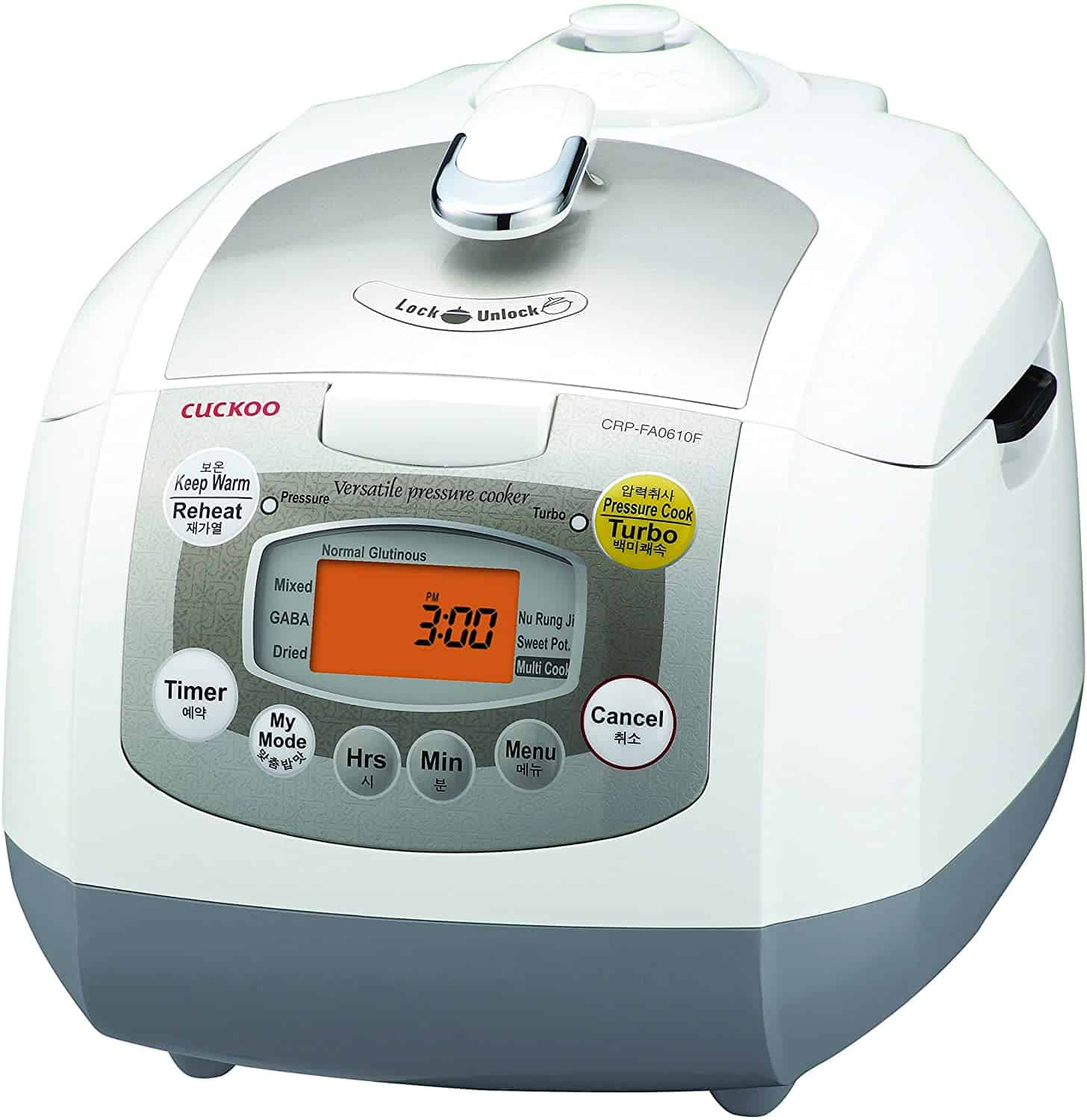 Its looks may not have all the bells and whistles of higher-end models, but the CRP-FA0610F is still impressive in its own way. It has a simple one-touch operation, perfect for those who are beginners in the kitchen. That’s not the only thing this cooker has though. Read on to know more! 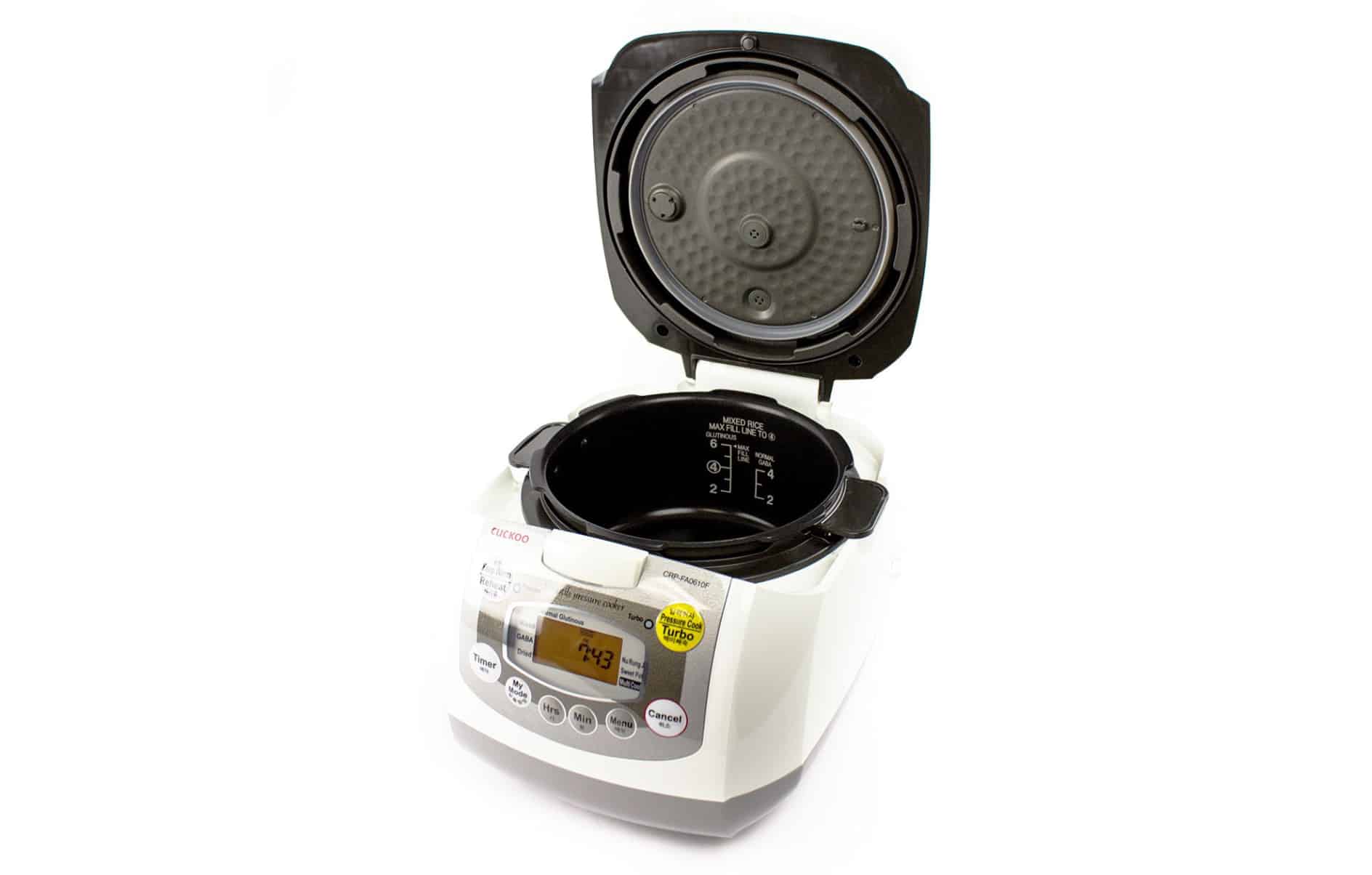 The CRP-FA0610F Rice Cooker has an aluminum inner pot with a non-stick coating and comes with accessories such as a scooper and a steam plate. Here are some more great features of this cooker:

The CRP-FA0610F is more than just your average cooker. It can cook rice in the way you prefer and can even make other meals too, such as:

Plus so much more! You don’t have to get yourself worked up trying to think of the day’s meal as this cooker also comes with a cooking guide book in the box. You’ll turn into a cooking wizard in no time with this appliance!

If you have a household of 6 people, then this cooker is ideal for you. The CRP-FA0610F can yield 6 cups of rice, perfect for serving each member of the family. With this device, you’ll be sure to have a plate of rice for each and every one. Who knows, you might even have a few leftovers too!

This rice cooker has a sizable LCD panel with button controls. There are no complicated functions here; Cuckoo aims to bring you effortless and easy cooking in the kitchen. With just a press of a button, the cooker will make the rice according to your preference.

Cuckoo prides itself not only in innovation but safety as well. This introductory pressure cooker is equipped with 12 safety features, ensuring that you’re free from harm while making meals in the kitchen.

If you’re looking to have an easy and fun time in the kitchen, look no further for the Cuckoo CRP-FA0610F may be the solution you need. It has all the functions you need in a cooker and more.

“This cooker includes all the features a modern pressure cooker offers while keeping the operating menu simple. This option works well for couples and small families that want to keep the cooking simple but elevated.” 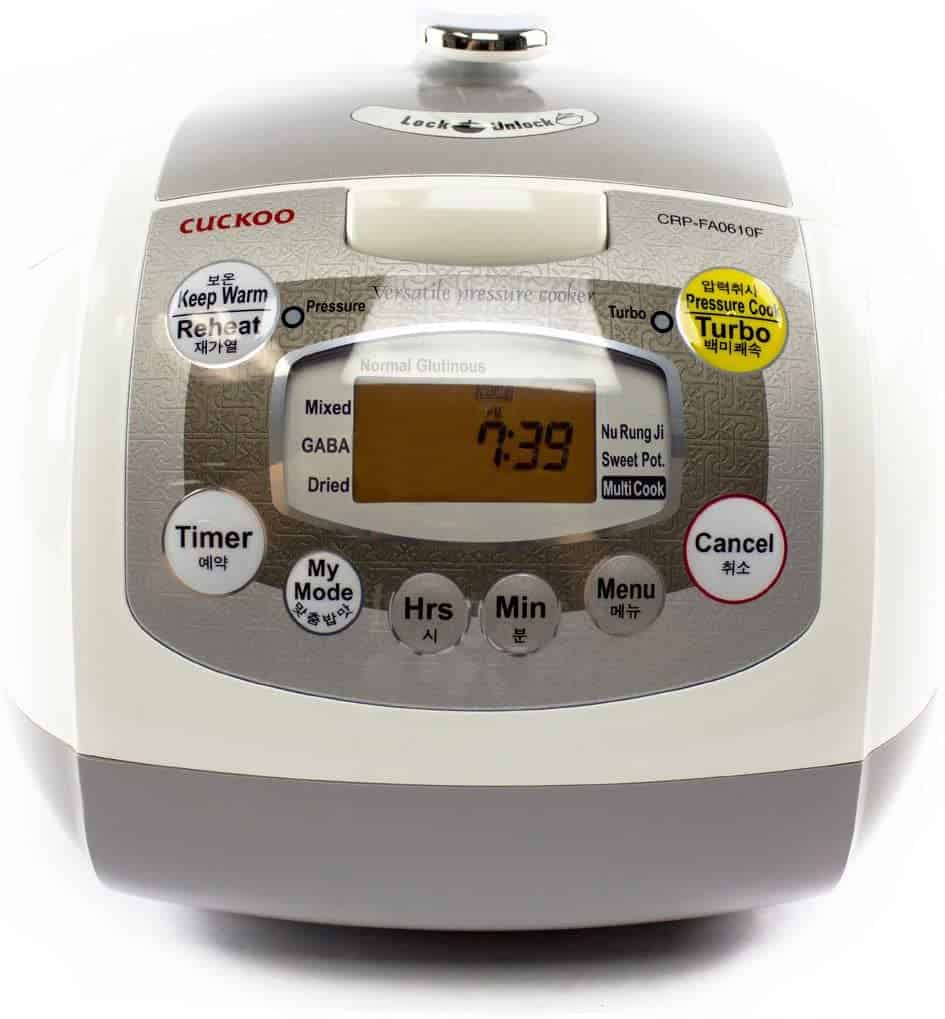 Making space for the CRP-FA0610F in your kitchen?  Head on over to Amazon to check the best deals and prices!