When it comes to small rice cookers, the Cuckoo CR-0351F Electric Heating Rice Cooker definitely gets the point. It’s the smallest one we’ve encountered yet, measuring only 11.50 x 8.90 x 7.80 inches.

But the size is not its main selling point. What makes it a great deal is the fact that its size doesn’t hinder its power and functionality, part of why we named it as the best small Cuckoo rice cooker in our review. 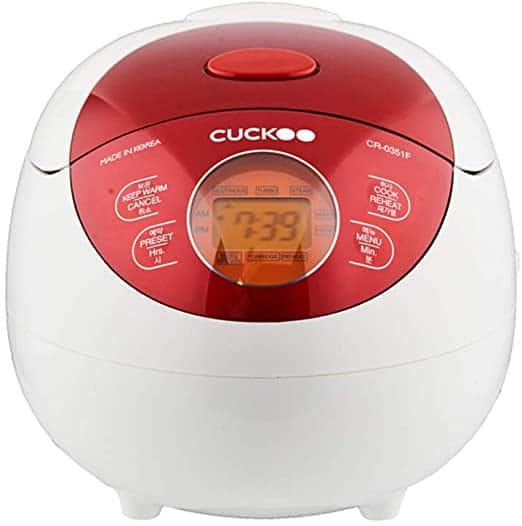 The Cuckoo CR-0351F is one of the smallest rice cookers from the Cuckoo brand. But it doesn’t lack all the innovative functions and features that Cuckoo is known for.

This particular cooker makes use of fuzzy logic technology and an intelligent cooking algorithm that can learn and master your cooking cycle. With this feature, it can automatically adjust its settings so that it can yield perfectly cooked rice every time. 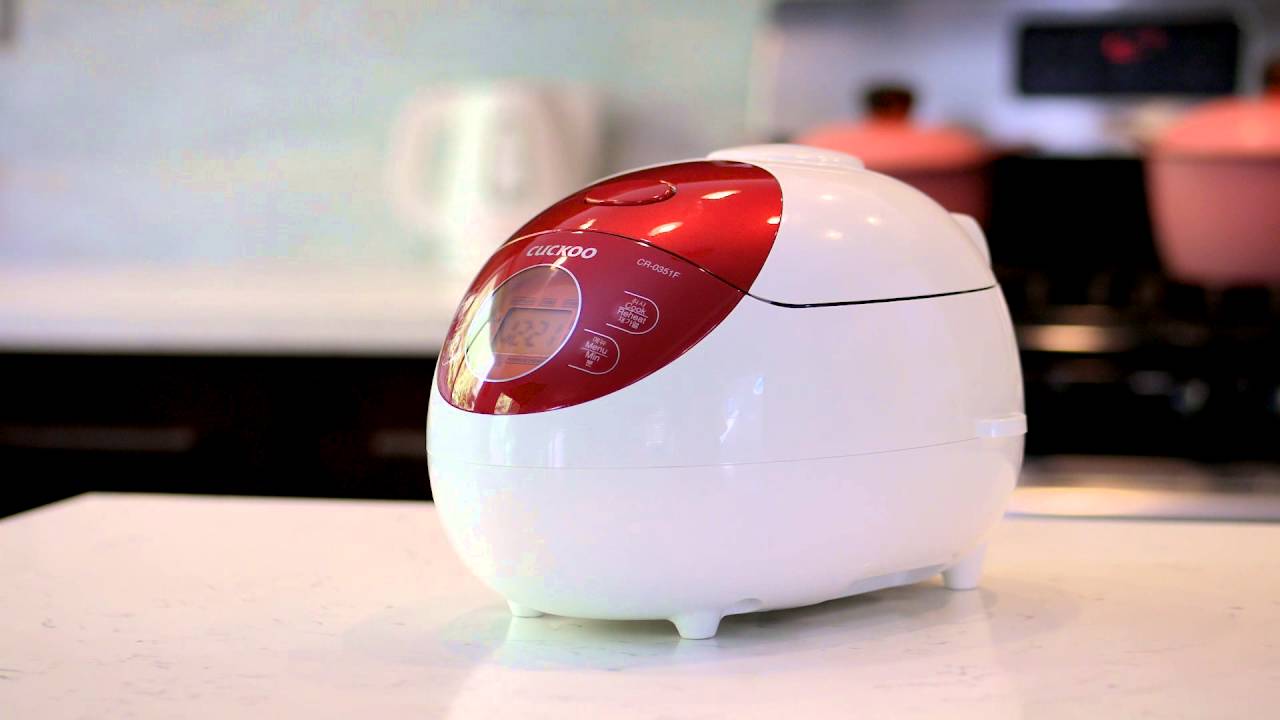 Aside from the fact that the Cuckoo CR-0351F Electric Cooking Rice Cooker comes in the unconventional and eye-catching colors of red and green (which we absolutely love!), there are a lot of features to look forward to.

It’s not often that you see a rice cooker as small as the Cuckoo CR-0351F yet still possesses smart technology. This cooker makes use of fuzzy logic technology and an intelligent cooking algorithm which enables it to learn and master your cooking cycle. Ultimately, what it does is it automatically adjusts its temperature, heat, and time settings so that it can cook your rice according to how you like it.

The issue with most small cookers is that you don’t get as much liberty in terms of the type of rice you want to cook. But with the Cuckoo CR-0351F, that’s not a problem at all.  This cooker has different cooking options that you can choose from: mixed/ brown rice, GABA mode, and turbo cook.

Are you always in a rush and have a tendency to leave your appliances turned on?  The Cuckoo CR-0351F has an auto shut off feature that prompts when the cooker is not in use. This saves you from having to worry about high electric bills and fire hazards whenever you neglect to pull the plug.

The Cuckoo CR-0351F may be small, but in that tiny build is packed the essential features you need to cook your rice perfectly — and more.  Although it’s not for everyone, considering its small capacity of 3 cups of uncooked rice, it’s definitely a deal-breaker for small households and solo dwellers.

“If you really want a Cuckoo rice cooker but don’t want to break your budget, the Cuckoo CR-0351F is perfect for you. This is a basic model that doesn’t have as many features are more expensive options but still produces some of the best-tasting rice you’re ever tasted.”

Where to Buy the Cuckoo CR-0351F Electric Heating Rice Cooker 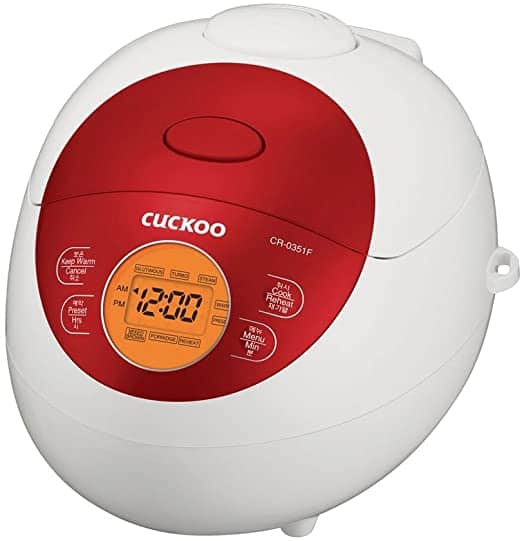 The Cuckoo CR-0351F is a very visually appealing and handy cooker, especially if you’re looking for a small appliance that won’t consume too much space on your countertop. It ranks at #65 in Amazon’s Rice Cooker category. Check the best prices on Amazon today.

The Cuckoo CR-0351F is a good buy if you're looking for a small yet powerful cooker. The price won't break your budget, but you get an appliance that can produce really good rice for your daily meals.