How to Make Spam Musubi

You have probably come across the term “Spam musubi” somewhere in your life. Whether it’s in a tv show, an e-mail ad, or in a restaurant menu, Spam musubi can be an intriguing word to hear or read. If you’re curious about musubi and you love Spam (or you love food in general), then this Spam musubi recipe might be just for you!

This Spam recipe is a simple, no-fuss guilty pleasure comfort food made using cupboard staples; rice and Spam. Making musubi Spam requires very little effort and can be perfected only after a few tries. It’s easy to eat too, with one slice of Spam easily fitting in your hand.

Ready to make this easy recipe that is a popular snack in Hawaii and Japan? Read below to learn how to make Spam musubi.

What is Spam Musubi?

Spam is canned ham, while Musubi is Japanese for rice balls. Musubi is a rice ball recipe that’s quite popular in Hawaii while Spam is a canned ham brand made of pork and has a pork and ham flavor. This classic American brand debuted in Minneapolis in 1937 and rose in popularity during WWII as a convenient protein source. Frequently used as a sandwich filling, Spam is also in Asian recipes.

In the Spam musubi recipe, the Spam is grilled until crispy, then these slices of spam are caramelized with soy sauce and sugar, topped with sushi rice, and wrapped in a nori sheet. Spam musubi can be made ahead of time and is great for lunches, party appetizers, or gatherings. This recipe is also a great convenient snack for any occasion.

The Spam musubi recipe appears to be the most popular of all the meals associated with Hawaii with Lomi lomi fish and kalua pig coming close behind. This recipe has been called Spam sushi and Spam sandwiches on occasion, but if we’re being technical here, its proper name is Spam musubi.

You can buy Spam musubi at every convenience store on the famed Hawaii islands. Spam musubi is offered in school cafeterias, during bake sales, and even made during picnics and sleepovers. Musubi Spam is placed high among the locals’ list of favorite snacks.

You might associate Spam with high-sodium military meals, and several years before, they were considered as such. In China, Spam is a common ingredient in some comfort food recipes. Stir-fried Spam with peppers, Spam omelet, Spam grilled skewers, Spam fried rice, or Spam sandwich are just some examples.

Spam is also a popular ingredient in Chinese Hot Pot and Sichuan Mala Pot, where you select a spicy sauce and various things to cook in it before everything is served in a large pot. 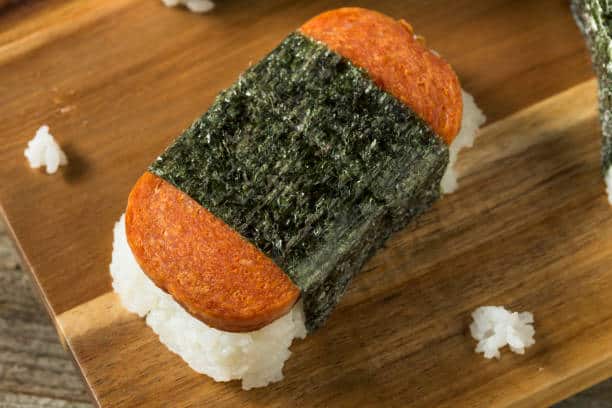 The roots of this Spam recipe may be traced back to World War II in Hawaii. Hawaii was a United States territory at the time (which is a lengthy tale in and of itself). The American military had a significant military presence in Hawaii when Pearl Harbor was attacked by a surprise aerial Japanese strike.

More troops, units, and supplies were dispatched to Hawaii as the US entered the war with Japan. The iconic can of Spam was one of those essential staples. Cans of Spam have a listed expiry date of three years, although they may be eaten for years beyond that if they are not opened, which made this an ideal resource during that time.

Spam was made available to civilians after the military stockade of Spam grew overstocked during and after the war. After a while, locals started loving Spam. Hawaii has a substantial ethnic Japanese population, so it wasn’t a surprise when spam was incorporated into an existing Japanese recipe called onigiri, thanks to the inventive culinary talents of the locals.

If you’re unfamiliar with the term, Onigiri is rice that is compressed and wrapped in nori, a black seaweed paper. Usually, some furikake spice is added as well. Salmon, pickled plums, tuna, and other items are topped or put into the rice to add taste.

The Spam musubi recipe rose in popularity and became a favorite dish among locals as a result of its deliciousness and the fact that the majority of the people were already used to eating rice.

How to Make Spam Musubi: Recipe 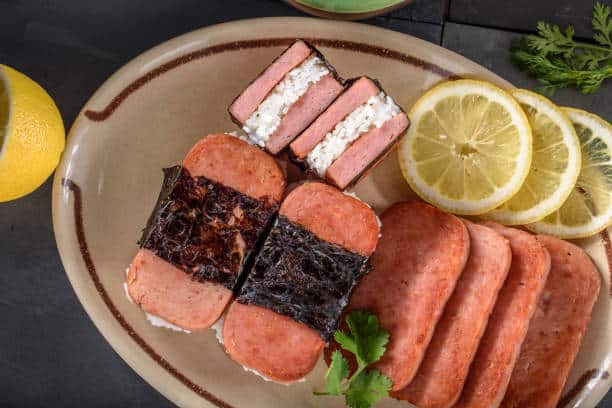 Making spam musubi right before a busy day? Prepare all of your ingredients ahead of time so that the Spam is at its hottest and crispiest when you’re making the Spam recipe . However, if you’re planning to eat this portable treat cold, then forgo this step and continue on with the recipe below. 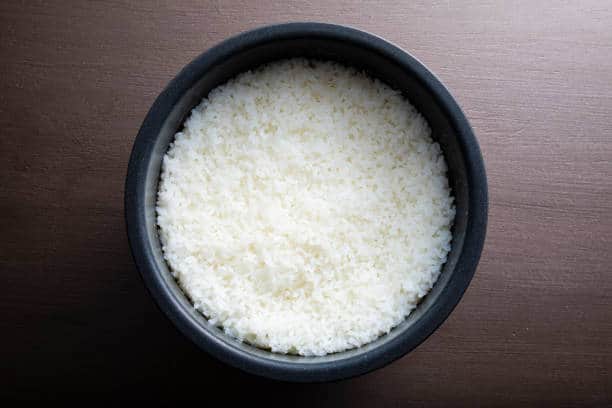 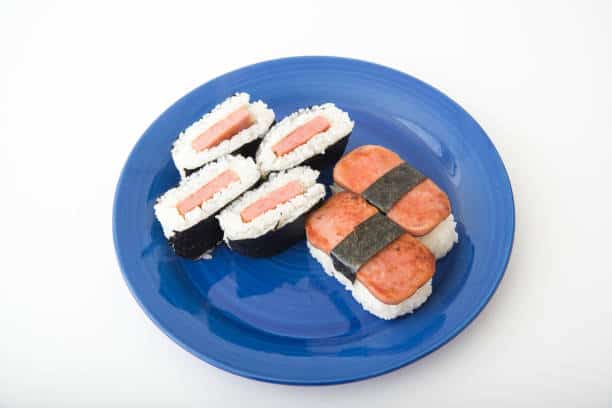 Now that you’ve learned how to make Spam musubi, you can make this easy recipe on the weekends or even during the mornings before a busy day. You can even impress your friends by making this spam recipe for your next potluck.

The ingredients can be found at your local grocery stores and the musubi mold for the assembly is purely optional. With how convenient it is to make, Spam musubi can easily be a favorite dish! 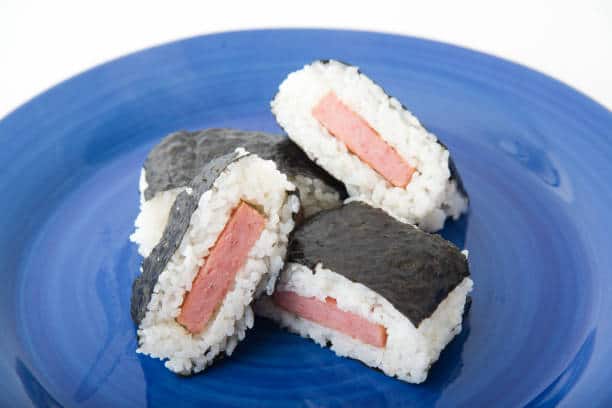 What is Spam musubi sauce made of: sugar or soy sauce?

The sauce used in a cooked Spam recipe is usually either sugar and soy sauce with generous use of oyster sauce or simple soy sauce and sugar. It depends on your preference which sauce you’d like to use with your Spam musubi

How do you make Spam musubi not fall apart?

The right pressure is the key to a perfectly firm spam musubi. It takes a bit of practice to get it right, so don’t worry if the first few tries don’t look quite right.

One of the simplest ways to get perfectly shaped spam musubi in this recipe is to use a musubi press. To use the musubi press, simply place the rice inside, gently press down and carefully remove the press.

If you wish to cut your Spam musubi, it will help to use a sushi cutter to ensure precise and perfect slicing.

Can I cook Spam musubi in a rice cooker?

Cooking the rice for this spam recipe in a rice cooker is the fastest way to get the grains cooked. Not only is it quick, it also leaves with great quality rice.

Is it okay to use fried rice in Spam musubi?

While you’re free to experiment with the Spam recipe, it is not recommended to use friend rice as cooked Spam already has saturated fat. Adding oily fried rice will make the recipe too rich in fat to eat. Not to mention that it may clash with the taste of the musubi Spam slices.

Are there any variations of Spam musubi?

If you feel like this tasty Spam musubi could use a little more creativity, you can try the simple variations below:

Make Spam musubi with catsup, cooked eggs, sliced cheese, Spam, and additional rice. Fully wrap the nori around the sushi and slice in half.

Prepare Spam musubi as usual, but divide the rice between each spam musubi to sandwich the spam. Combine sriracha with mayo to make spicy mayo. Prepare three dredging bowls: one for flour, one for egg, and one for breadcrumbs (panko).

The Spam musubi should be properly dipped in flour, then egg, and finally panko, before frying. Fry until golden on all sides. Drain excess oil, cut the Spam musubi in half, and serve with spicy mayo and scallions on the side.