Rice Varieties by Bangladeshi Farmers to Endure Storms and Salt

Ten years ago, Dilip Chandra Tarafdar began cross-breeding seed types that used to grow abundantly in the southern Shyamnagar district. These varieties of rice are currently on the verge of extinction as farmers shifted to higher-yielding varieties.

Tarafdar, age 45 and a farmer in the Bangladeshi coastal village of Chandipur, claims that his new Charulata rice can grow effectively without fertilizers or pesticides, can withstand saline soil and waterlogging, and can also remain upright when subjected to strong winds. 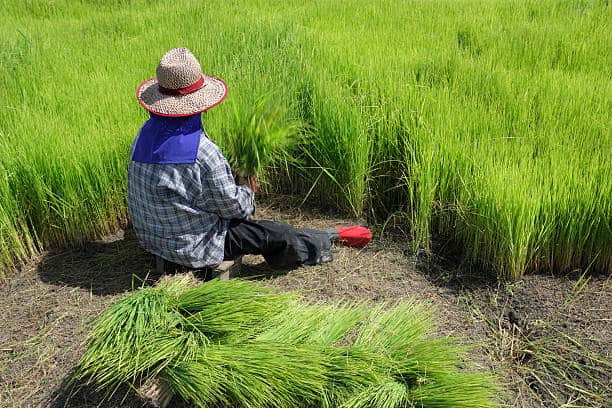 The idea for this development came about because Tarafdar grew tired of trying to keep his rice harvest alive. Strong gusts of wind or bugs would kill the crops that managed to flourish in saline soil, which was made salty due to decades of cyclones and floods.

He pointed out that in the past, locals could live only on the rice they collected without performing any other labor.

“But we face many problems after planting paddy (rice). So, we have come up with a new method of cross-breeding to bring back the disaster-tolerant varieties of paddy planted by our ancestors,” he narrated to the Thomson Reuters Foundation.

The farmer claims that his seed variety may produce up to 1,680 kg (3,700 pounds) of rice per quarter hectare (0.62 acres), which is more than twice the produce he gets from the standard variety.

Other rice farmers in Shyamnagar sub-district are taking matters into their own hands, resurrecting traditional kinds and developing new ones that can resist increasingly frequent storms, floods, and droughts after being let down by seeds they buy or obtain from the government.

Agriculture is still a viable livelihood in the area because of such innovation, said S.M. Enamul Islam, the agriculture officer for Shyamnaga. “Farmers in this disaster-prone area have done a great job in preserving local rice seeds and inventing rice varieties,” he noted. 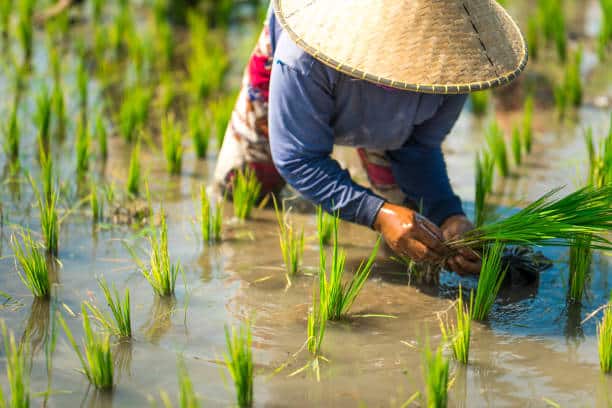 According to figures from the sub-district agricultural office, Shyamnagar is one of the country’s top rice-producing regions, employing around 45,000 farmers.

Farmers claim that the soil began to get saltier in the late 1980s when shrimp farming became popular in the region. Shrimp growers utilized river seawater that leaked into the neighboring rice fields to build their ponds.

Since then, several storms and floods have salted the land, causing many families to stop rice farming. According to research conducted by the worldwide organization Practical Action, croplands in five locations including Shyamnagar decreased by more than 78,000 acres between 1995 and 2015, as the majority of it was converted to shrimp farms.

Researchers warn that as the world warms, the water and soil of coastal Bangladesh may become even more inhospitable for rice. According to a 2014 World Bank assessment on the consequences of climate change along the coast, rivers in ten of the region’s 148 sub-districts would become moderately or severely salty by 2050. 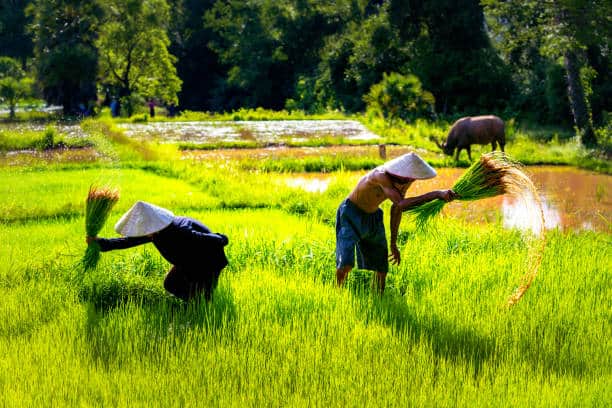 Sheikh Sirajul Islam, a farmer from Haibatpur village near Shyamnagar, has set up a rice research center in his home where he stocks more than 155 indigenous varieties. He does this in the hopes of creating rice seeds that can withstand such an event. The farmer is working on a wild rice type that he thinks can be cultivated and grown.

He added that this variety grows naturally in saltwater along the seacoast and along riverbanks, but it is not as nutritious as farmed rice. He has also created two more kinds that can survive salty water and waterlogging, which he has distributed to over 100 farmers in the region for free. He added that he intends to open a seed market in town, where seeds will not be sold but exchanged.

Farmers in Shyamnagar claim that while BRRI scientists have created at least 100 kinds of rice, including several varieties that can grow in salty soil, the majority of them are inefficient for where they reside.

Several people told the Thomson Reuters Foundation that BRRI cultivars don’t always reach them and when they do, the rice seeds are too pricey and unsuited to their disaster-prone environment.

“I have planted them many times and the yields are not good,” said Bikash Chandra, a farmer from Gomantali village, who now uses a local rice variety invented by Sirajul Islam.

Kabir of the BRRI explained that the institution is working on methods to reach out to more farmers with their seeds.

The farmers’ work on new rice varieties provides a major contribution to the growth of agriculture at the local level, according to Humayun Kabir, senior scientific officer of the government’s Bangladesh Rice Research Institute (BRRI).

Several rice varieties produced by farmers in recent years, including Tarafdar’s, have been given to the BRRI, which examines the seeds in its laboratories before choosing whether or not to distribute them to farmers around the country. The majority are still in the field-testing phase, according to Pal, who added that the findings thus far have been favorable.