According to a new study released by Allied Market Research, titled “Electric Rice Cooker Market by End User and Distribution Channel: Global Opportunity Analysis and Industry Forecast, 2019–2026”, the worldwide electric rice cooker market is expected to reach $5.5 billion by 2026, with a compound annual growth rate (CAGR) of 6.8% during that period.

Rice cookers appeal to busy customers because it allows them to lessen the time spent preparing food. Due to the fast-paced lifestyles of consumers, electric rice cookers have been the most frequently used in home applications.

The efficient operations of rice cookers allow consumers to cook rice and rice specialty items with minimal manual involvement. Aside from rice, this kitchen appliance is can also be used to cook cereals like oatmeal, lentils, and quinoa. Rice cooked in an electric rice cooker is consistent and non-sticky, resulting in a more appealing appearance and texture.

In addition to busy schedules, cooking gas costs have been steadily rising in recent years, prompting customers to seek out more cost-effective, convenient, and efficient options.

Because electric rice cookers are a cheaper, convenient, and efficient alternative to gas-powered rice cookers, the demand for them is expected to steadily rise over time. 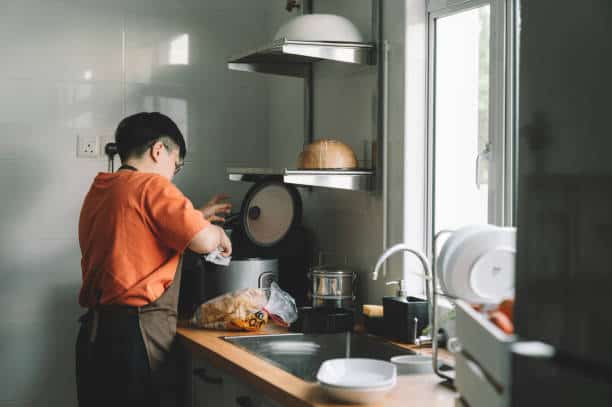 The household category was worth $2.6 billion in 2018, and it is anticipated to increase at a CAGR of 6.7 percent from 2019 to 2026, reaching $4.3 billion. However, the commercial segment is anticipated to develop at a faster rate with a CAGR of 7.3 percent during the projected period.

Based on the distribution channel, the market is divided into supermarket/hypermarket, specialty shops, e-commerce, and others.

During the electric rice cooker market projection, the e-commerce sector is anticipated to expand at the highest rate.

The e-commerce distribution channel segment of the electric rice cooker market is expected to be driven by a growing number of customers seeking a convenient lifestyle and the rising use of smartphones.

The electric rice cooker industry is divided into four regions and is analyzed throughout:

The Asia-Pacific region, in particular, dominated the worldwide electric rice cooker market. This may be linked to the growth of the retail business and an increase in consumer disposable income in nations such as India, China, and Southeast Asia, among others.

China was the most prominent market in the Asia-Pacific region in 2018, and it is projected to continue to expand at a substantial CAGR during the forecast period.

MOU for Rice Technology and Bamboo Research, Signed by Philippines and China