Dry conditions have caused drought stress in wild rice, which grows in more than 2,000 Minnesota lakes and rivers. This is causing concerns in some parts of Minnesota. However, the outlooks of observers remain optimistic for the time being.

“It is a little bit counterintuitive perhaps, with this being an aquatic plant…” stated Peter David, a wildlife biologist from the Great Lakes Indian Fish and Wildlife Commission and also a resource manager for eleven Ojibwe tribes in Minnesota, Wisconsin, and Michigan. He observed that in most cases, years with low precipitation often have abundant rice harvests.

According to Darren VogWild, resource management director for the 1854 Treaty Authority, rice prefers water that is one to three feet deep and has a mucky bottom.

“If you get high spring water levels, beaver issues [blocking water flow], or significant storms, you elevate the water over those optimal levels and you get a bad wild rice year,” Darren said, explaining why drier years often favor wild rice. 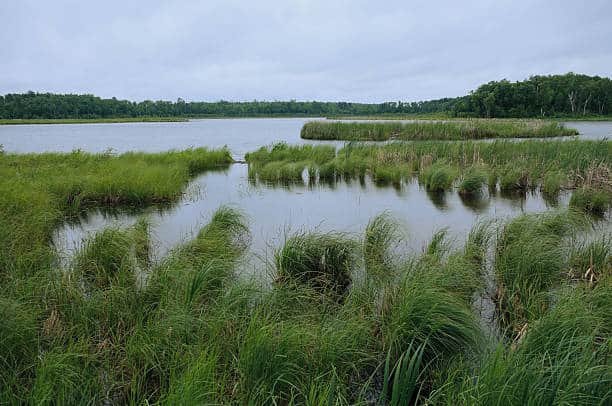 According to Ann Geisen, a wildlife lake specialist with the Minnesota Department of Natural Resources in Aitkin county, the regions with stressed plants are tiny. However, they could grow if water levels continue to plummet over the summer. By late August, wild rice is usually ripe and ready to harvest.

Ann adds that said reports from across the state indicate a robust wild rice harvest this year.

While the rice plants benefit from the dry weather, harvesters may have difficulty gathering the crops, a process that requires gently tossing the wild rice grains into a canoe. This can be extremely difficult when the water levels are so low, long mud flats appear between the lakes and open water.

“If we don’t get more water, and lake and river levels don’t rise, access will likely be an issue come harvesting season,” stated Geisen.

She related a conversation she had with a wild rice harvester regarding this. The harvester in question has stated that if the situation doesn’t improve, he will have to look for wild rice elsewhere.

“Rice beds are looking okay across much of the range,” Geisen added, “but in the shallower sections where the water is drying up, I’ve seen some plants turn brown or yellow because there isn’t enough standing water for them.” 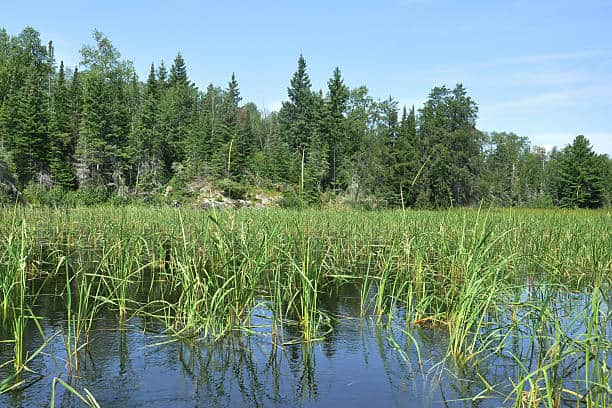 Conditions could shift dramatically between now and when crops mature in late August. Water levels could drop or increase more, and unpredictable weather like windstorms and hail could cause damage to the crops. Geisen advises harvesters to scout wild rice lakes frequently.

While this year’s crop appears to be decent, concerning signs are emerging. He learned the four-year guideline from tribe elders early in his career, which states that in the course of four years, you may expect one extremely good crop, a couple of ordinary crops, and one year that’s on the verge of disaster.

“…what we’re seeing today is that failure rates are increasing. And that’s a major issue,” David said.

He admits it’s tough to blame these trends on climate alone, however, he believes there are some detrimental consequences of a warmer, wetter climate, such as wild rice is becoming more susceptible to fungal disease. A warmer environment also boosts competition from other plants that thrive in drier conditions.

David admits “… I’ve got a great deal of concern about the long-term future of rice, particularly in this part of the world where, you know, we’re on the southern edge of the range for northern wild rice that’s most important to human harvesters,”

“All of the trends that we’re seeing are consistent with what you would expect to see from climate impacts. And there’s really no logical reason to think that this plant isn’t being appreciably affected.”