In 2011, Angelia Seyfferth was startled by the enormous piles of rice husks building up outside rice mills while visiting farms in Cambodia. Rice husks — the hard outer shell surrounding each grain — are a waste product of rice production. Seyfferth, now a soil biogeochemist at the University of Delaware in Newark, states that “It is generally considered a waste product that farmers are seeking to get rid of.”

Instead of putting them to waste, she thought at that time that she might be able to utilize a critical component in these husks. This component will be used to remove arsenic in rice and solve the worldwide health problem of arsenic contamination.

Arsenic in Rice as a Worldwide Problem 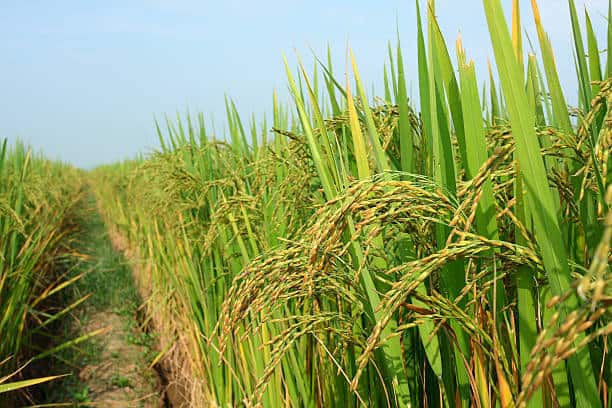 Although arsenic is a contaminant that can occur naturally, it is also produced inorganically by industrial processes and pesticides. It is found in soil and groundwater in many parts of the world, hence why drinking water is a common source of contamination.

It’s very poisonous in its inorganic form and prolonged exposure raises the risk of a variety of health problems, including cardiovascular diseases, diabetes, and even cancer.

In the early 2000s, researchers have revealed that rice, a staple food for more than half of the world’s population, also contains arsenic. According to a study conducted by a team of researchers in the United Kingdom back in 2020, more than half of the 55 samples of commercial rice sold in the UK exceeded the European Commission’s guideline for inorganic arsenic levels suitable for infant food.

Similarly, in 2021, a Consumer Reports investigation revealed that virtually all of the 65 varieties of rice and rice products they tested contained arsenic, with several of them at dangerously high levels.

Although the US Food and Drug Administration (FDA) has advised that the industry reduce arsenic levels in rice-based infant cereals, arsenic in rice continues to be a source of worry across the world.

Not only is does it have an impact on food safety, but arsenic also threatens food security since arsenic contamination can reduce a farmer’s overall rice production.

Climate change may even worsen the problem, as a recent study revealed that arsenic absorption by rice plants can increase as temperatures rise.

As a result, scientists are looking at strategies to keep arsenic out of rice in the first place. 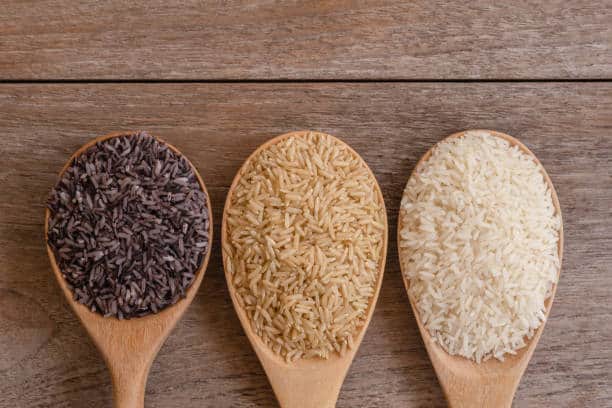 Rice is more susceptible to arsenic absorption when compared to other plants. According to a multinational team of researchers discovery in 2008, arsenite enters rice roots by the same mechanism as silicon enters the body.

When consumed, silicon — a common metalloid— is harmless. Although silicon is good for plants in general, it is especially important for rice, which needs a lot of it for structural strength and insect resistance.

It’s a key transport pathway, as stated by Fang-Jie Zhao, an environmental scientist and plant physiologist of Nanjing Agricultural University in Nanjing, China who co-led the work with Jian Feng Ma of Okayama University in Japan while they were at Rothamsted Research in Harpenden, United Kingdom.

Rice’s susceptibility to arsenic contamination is partly because it is typically grown in standing water by farmers. In a flooded rice field, arsenate, an oxidized form of inorganic arsenic, is converted to arsenite, which is another inorganic form that can quickly travel from soil to water where the plant may absorb it.

In some areas, crops are even irrigated with arsenic-contaminated groundwater, worsening the situation.

Because arsenite is chemically identical to silicon, it is also taken up through a rice plant’s pathway, Seyfferth explains.

Seyfferth, Zhao, and others were inspired by these discoveries and began exploring a silicon solution. Several studies have shown that silicon added to the soil can compete with arsenite for route access while also inhibiting critical pathway genes, reducing arsenite’s entrance.

Seyfferth proved in her postdoctoral research at Stanford University in Palo Alto, CA, that adding silica gel to arsenic-contaminated soil might reduce arsenic levels in rice grain by up to 40%.

Some farmers have already begun to use silicon fertilizer to boost yields, but these types of fertilizers are costly.

“Farmers don’t use the fertilizer very often since it’s expensive,” Zhao says. On the other hand, Rice husks are high in silicon, low in arsenic, and are plentiful, as Seyfferth discovered.

She decided to put them to good use. In 2016, Seyfferth discovered that adding rice husks to potted rice plants reduced the amount of inorganic arsenic in the grains by 25 to 50 percent.

Seyfferth is now working on ways that might enable rice farmers to employ silicon, a nutrient found in husks, to compete with arsenic for plant entrance.

Mills, however, frequently burn husks to help power their gear. When similarly burned husks were applied to rice plants, Seyfferth discovered that they, too, reduced inorganic arsenic in the grain when grown in flooded pots, but only by around 20%.

She experimented with charring at various temperatures to fine-tune the process, reporting in December that husks burnt at 450 °C released more silicon into the soil than those burned at higher temperatures.

Seyfferth is now looking at how husk fertilizer influences arsenic transport and shape in rice plants. “It’s really important to know exactly where it’s going. That has direct implications for human health,” she says.

The white endosperm of a rice grain is covered in a layer of bran. Rice bran often has greater amounts of inorganic arsenic than endosperm. As a result, brown rice has a greater inorganic arsenic content than white rice, which has been polished to remove the bran.

However, Seyfferth recently employed X-ray fluorescence imaging to show the effects of rice husk fertilization. Results show that not only does rice husk reduce inorganic arsenic levels in the white endosperm, but it also practically removes arsenic from the bran.

“Say you are a grower who is producing rice bran for a company. If you amend the soil with rice husk, you can essentially create this bran product that is nearly devoid of arsenic,” says Seyfferth. 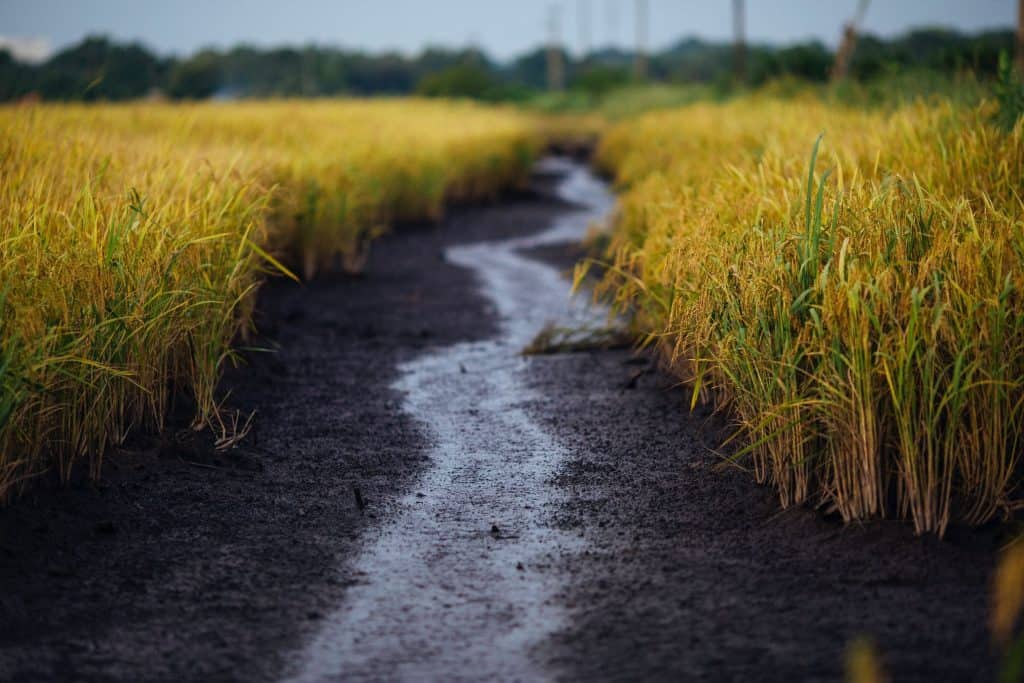 The manipulation of paddy water and soil and simple changes to rice cultivation techniques might reduce the quantity of arsenic in rice.

In a 2019 research, Columbia University’s Lamont-Doherty Earth Observatory geochemist Lex van Geen and his colleagues experimented with inverting soil on fields in Bangladesh’s Faridpur area. The deeper dirt was placed on top, as it was less polluted by the surface watering.

They found no effect in the growing season after the inversion, probably because the disturbance to the soil structure outweighed any advantage. However, yield rose by 15 to 30% in inverted plots the following season. This could mean that soil inversion could be an option in reducing toxin contamination.

However, this solution is not simple — methods that reduce arsenic can also increase cadmium contamination. Drying the paddies reduces production and also increases cadmium levels, which is another deadly toxin.

According to Zhao, cadmium and arsenic are diametrically opposite in terms of biogeochemistry. The availability of cadmium is reduced when paddy soil is flooded.

Daniela Carrijo, a plant scientist at Oregon State University in Corvallis, is one of the researchers looking for growth conditions that can reduce both toxins. She experimented with draining paddies to varying moisture levels at different times during the growing season while she was a doctoral student at the University of California, Davis.

Although not widespread in California, rice producers in many places already use this alternate soaking and drying method to save water.

She discovered in one study that allowing soil moisture to drop to 35 percent volumetric water content twice throughout the growing season reduced inorganic arsenic in the final grain by half as compared to constantly flooding paddies, with no effect on production.

The cadmium content in the grain increased by roughly 2.5 times as a result of the drying process, but according to Carrijo, this result is acceptable in California. This is mostly due to the low baseline cadmium levels in the region. Regions with high cadmium levels would require other techniques.

According to Van Geen, who recently created a low-cost soil arsenic screening tool for farmers, giving farmers more information might help. Where arsenic levels are highest, he hopes that data on where soils are polluted, combined with a greater understanding of how arsenic reduces output, would encourage farmers to utilize rivers or ponds as an irrigation supply instead of using contaminated groundwater.

Looking for a Long-Term Solution 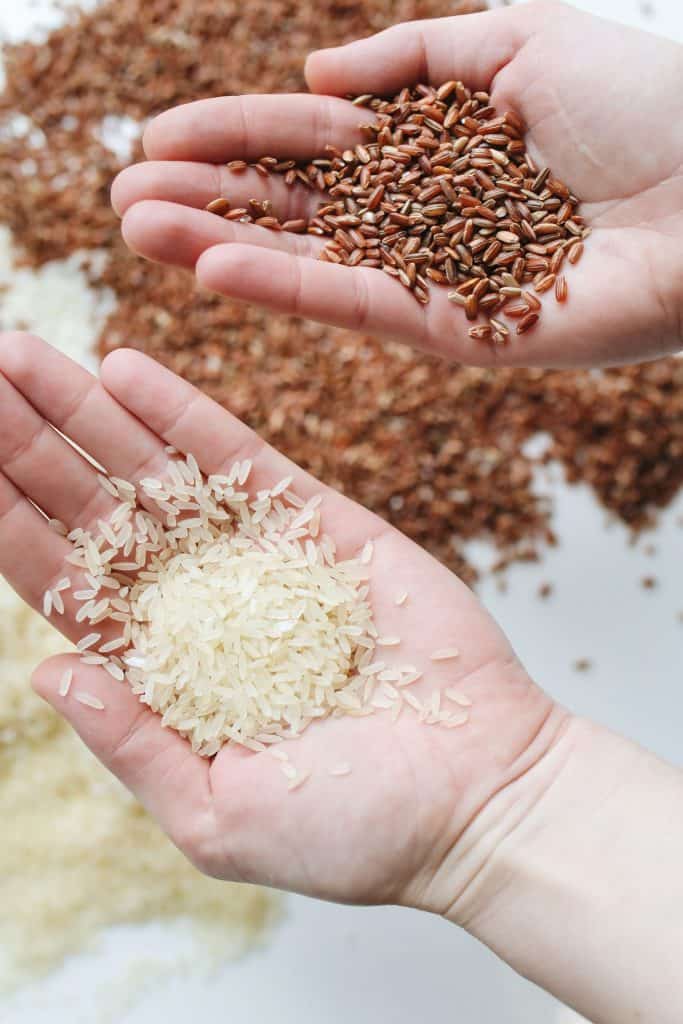 In pursuit of more long-term solutions, some scientists have looked to rice genetics to figure out why certain rice types, such as basmati, receive less arsenic.

Researchers are scanning rice cultivars, landraces, and the model plant Arabidopsis for genes that make some plants less susceptible to arsenic absorption. This is so that breeders may cultivate these genes to create more resistant variants.

The United States Department of Agriculture (USDA) researchers discovered seven genomic areas linked with variance in inorganic arsenic in rice grain in a quantitative trait loci (QTL) analysis published in January. They found a few potential genes in these areas, including one that codes for a protein that aids in the movement of nutrients, metals, and other components across cell membranes.

Because their research shows that the effect is likely cumulative, the team is currently examining how combinations of potential genes affect inorganic arsenic levels in grain.

“We often discover a four- to fivefold difference in grain arsenic concentration across different contemporary rice cultivars. However, the genetic causes for such variance are still poorly understood, ” Zhao stated.

However, despite more than a decade of research, scientists have failed to discover the genes that control arsenic transport and storage inside the rice plant, leading one cultivar to be resistant to arsenic while another absorbs it.

According to Zhao, one of the reasons it’s so difficult to trace genetic contributions to arsenic uptake is that environmental variables play such a big impact. Furthermore, it’s conceivable that several genes are involved, making it impossible to isolate each one’s influence.

Nonetheless, he and others are progressing. Zhao and colleagues discovered a genetic mutation in rice grain that decreases arsenic buildup by roughly a third.

It accomplishes so by triggering a cascade of molecular interactions that result in higher amounts of phytochelatins, which bind to arsenic and prevent it from entering the grain. Zhao and his colleagues are currently investigating if they can use this mutation to create rice that is low in arsenic.

The Growing Threat to Food Safety and Security 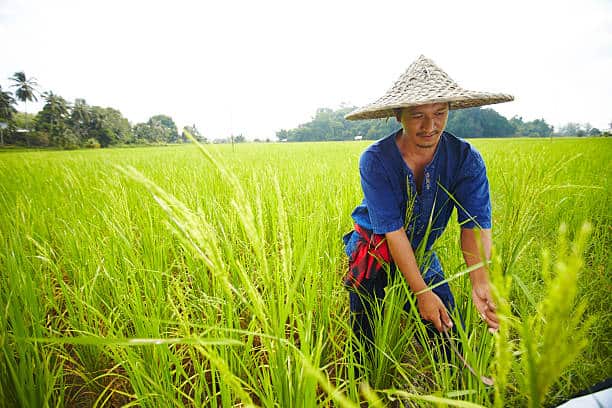 Even as these studies progress, the need for practical answers rises. Warmer temperatures, according to Seyfferth and colleagues at the University of Washington in Seattle, are enhancing the mobilization of arsenic from the soil into water, making it more accessible to rice plants.

In 2019, researchers in Germany and California conducted a study examining the compounding effects of soil arsenic and climate change on rice production. They determined that increasing the CO2 in the atmosphere and raising the temperature by 5 degrees Celsius nearly doubled the inorganic arsenic concentration in rice grains.

Carrijo is concerned that droughts caused by climate change may lead to more rice producers using arsenic-contaminated groundwater rather than surface water sources like rivers to irrigate their crops, which will worsen the problem.

Faced with a warmer future, Seyfferth is attempting to persuade producers that husks may be a quick remedy.

“Rice husk is a resource that rice growers all around the globe would have access to,” she stated.