Fruitful news arrives to Liberia’s small-scale fishmongers and rice farmers, thanks to the government’s initiative to partner with Japanese organizations to support various rice projects and fisheries.

Headed by Liberia’s Food and Agriculture Organization (FAO) director Mariatou Njie, in partnership with the Government of Liberia through the Ministry of Agriculture (MoA) and the National Fisheries and Aquaculture Authority (NaFAA), the projects aimed to assist small-scale argiculture and aquaculture workers ensure food security and income for their households.

Director Njie made the announcement at a one-day meeting with Tsutomu HIMENO, the Japanese Ambassador to Liberia. Government officials and members of the private sector attended.

The FAO director further shares that her projects, with the support of Japan, greatly helped in building the sustainability of marine resources in the country.

First, they sought to address one of the most prominent problems among West African fisheries: illegal fishing and maritime theft.

The implementation of the “Port State Measures Agreement” is one of the many actions taken by the organization, in line with promoting small-scale fishery communities and protecting their resources.

“Fishery resources are disappearing due to Illegal, Unreported and Unregulated (IUU) fishing practices so detrimental to the livelihoods of coastal communities,” shares Mariatou Njie. The Port State Measures Agreement was implemented in May 2019, and has greatly lessened instances of IUU, she emphasizes.

Furthermore, the organization equipped and enhanced the capacity of “more than 240 fisheries, maritime, port, health, customs, immigration, coastguard, commerce, justice, and agriculture national authorities and other key stakeholders” in combatting the problem of unregulated fishing.

Improvement of fish production was done through extensive training. The laborers and communities were given renewable energy as well as fish handling, conservation, transformation, and distribution kits. Through a video, these workers were also trained in the “best fishing practices.” 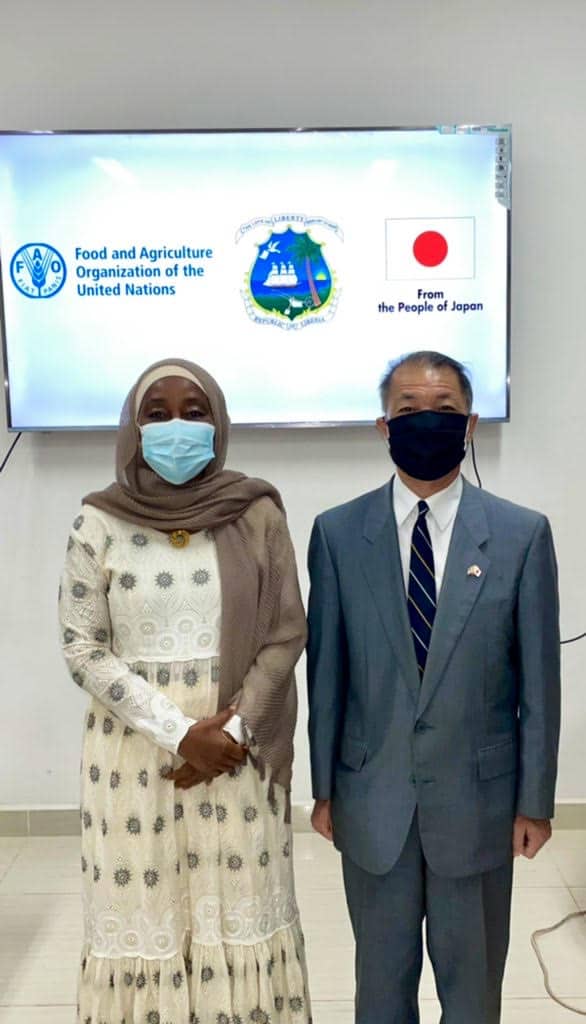 As for the rice projects, the FAO director commends the support of the Japanese government, which has greatly contributed to the livelihood of Liberian rice farmers.

The Japanese government-funded Integrated Sustainable Rice System Development has helped Liberia surpass several challenges in rice production that has brought about difficulties throughout the years.

Improvement of the systems of rice production was done through skills and capacity training of the farmers as well as promoting resilient agricultural practices. Overall, this helps the farmers become more competitive in rice value chains.

“The targeted farmers cultivated more than 76 hectares of lowland in the targeted counties (Bong and Lofa counties) with the provision of 2,493 metric tons (MT) of improved rice seeds, mainly Nerica L.19 and 28.4 MT of fertilizers,” the Director states.

The project has also equipped groups of farmers with improved equipment, including better tractors, threshers, power-tillers, rice mills, and more.

Additionally, the group has also successfully built a rice processing machine and one warehouse in Bong County, increasing the production and therefore availability of milled rice in counties that need it the most.

15 extension staff were situated in the warehouse to replicate the results of rice production and processing, trained and equipped with expertise on various post-harvest practices and value addition.

Japanese Ambassador HIMENO Tsutomu echoes the sentiment, expressing his and the government’s commitment to offering support to the people of Liberia.

“Our country is delighted to support Liberia in many ways in improving the lives of the citizens,” he shares.

Moreover, the Japanese government has helped Liberia in other sectors, including energy, health, and road construction.